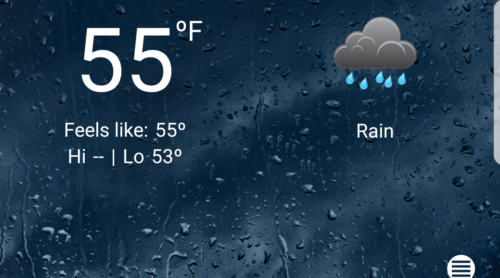 I have a friend getting out of prison this week.  It’s been an enlightening journey over the last couple of years visiting him and learning about life behind bars.  He was transferred to an Omaha facility last year, and it became a half day affair to go see him, but the effort was always worth it, because I felt like I received something back every time I saw him.

As a former chef, he and I have lots of common ground, but the one topic of discussion that helped me most during those visits was the subject of failure.  We both have our own stories that we hold and regret, but we also both see redemption from an entirely different perspective that we ever did before.  The view that has changed is the universal need for forgiveness.

The need for forgiveness stems from the fact that a wrong was committed. Those offended have a right to feel the way they do. regardless if the result was unintentional, misguided or accidental.  In my friend’s case, he broke the law while in a state of deep depression and mental instability.  His is a tragic story, but it still doesn’t change the fact that he had to own up to the charges against him and serve his time.  He has done so, but his road to recovery continues, even after he walks out of those doors as a free man.

We talked long about the need for forgiveness and his advice to me was life-changing.  He told me that before he could ask or even hope that others will forgive him, he must be willing to forgive himself, because his thoughts and mind are the only thing he can control.  He can’t change anyone else’s mind or feelings.  He can only wait, hope and pray that forgiveness will be granted. Once he finds the peace of self-forgiveness, then he can begin the process of changing his life and repay others with goodness and kindness.

These were the conversations I was willing visit prison in order to have.

Who among us has been offended? And who among us have made offense?  Of the few requests that are listed, it is important to note that The Lord’s Prayer includes a request to address both.  We are encouraged to both seek and offer forgiveness.  The lessons are simple.  The execution is a challenging choice.  But imagine the results if carried out.

This site uses Akismet to reduce spam. Learn how your comment data is processed.